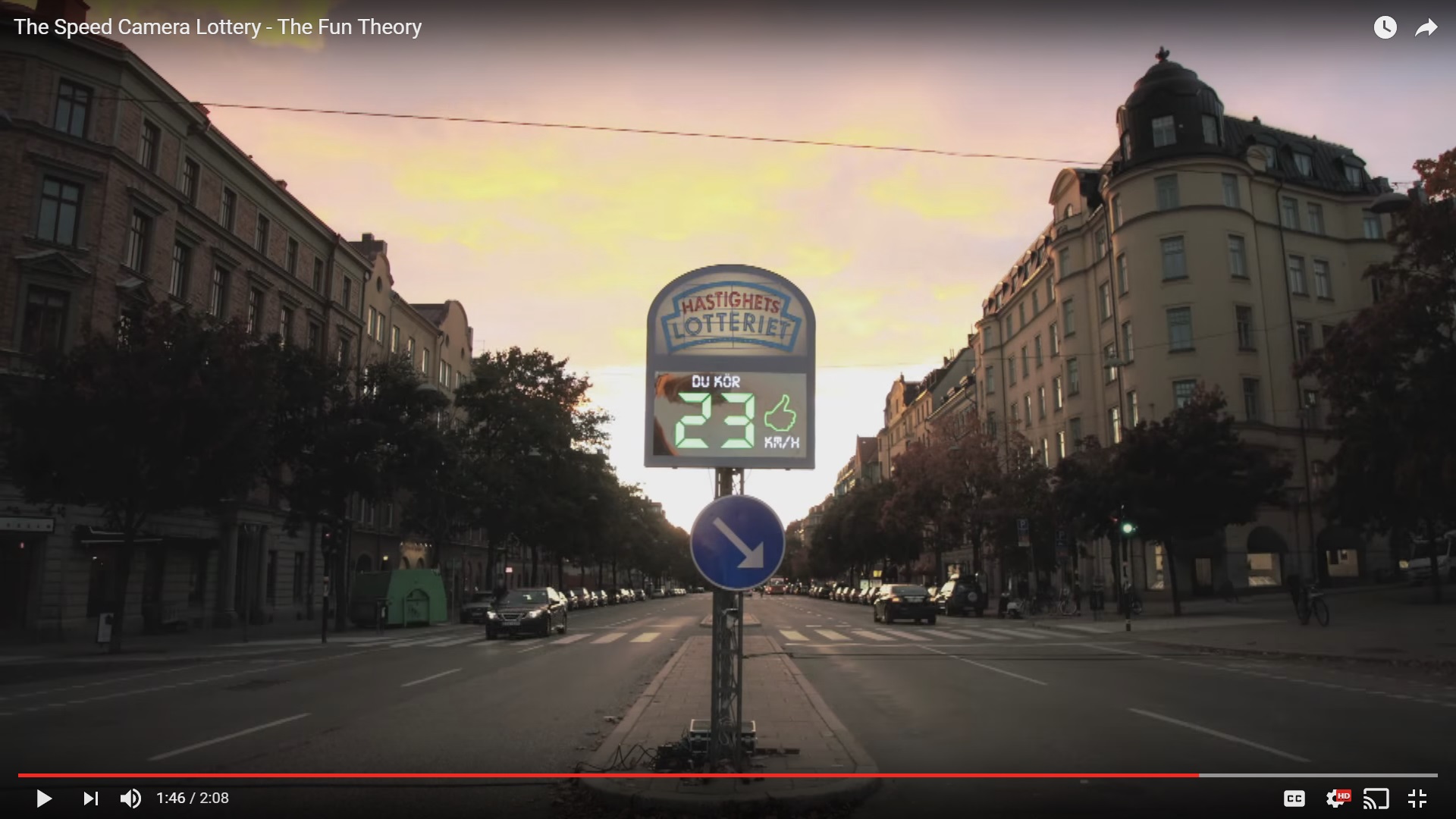 Check out this 2010 campaign from Sweden that we think everyone will enjoy. In that country known as a pioneer for safe streets, they set up a speed camera that would ticket speeders as expected, but would enter anyone not speeding into a lottery. The winnings would be funded by the fines issued to speeders. As a result of the campaign, speeds were reduced by 22%.

This message is only visible to admins.

Error: An access token is required to request this resource.
Type: OAuthException