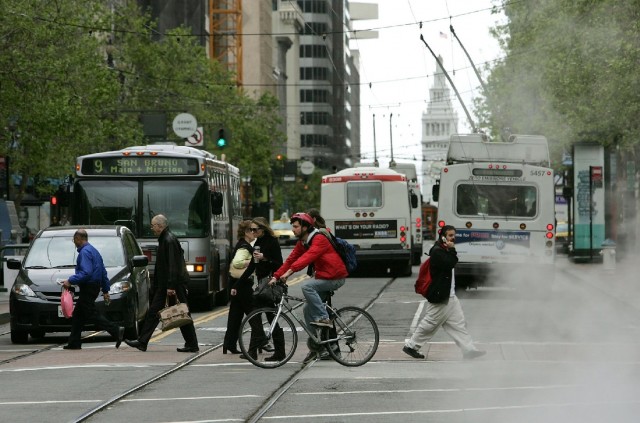 Starting on Tuesday, August 11th, the Safer Market Street Project was officially implemented, restricting private vehicles from turning onto Market Street between Third and Eighth Streets. The project is “intended to make the busy corridor safer to cyclists and pedestrians while facilitating smoother sailing for transit vehicles.”

San Francisco Supervisor Jane Kim appeared at the unveiling of the project on Tuesday. “‘For many years, we’ve been hearing that people feel unsafe walking and biking there,” Kim said. ‘You’re getting a lot of drivers who aren’t yielding to bikes and pedestrians,’ but the turn restrictions aim to address that.” View the full article.

This message is only visible to admins.

Error: An access token is required to request this resource.
Type: OAuthException